Badgers have been present in Ireland for at least 6,000 years and are this Island’s largest land carnivore. They are stout animals with a coarse grey coat of fur and a small, white-tipped tail. Badgers have a head-body length of around 65–80 cm and a bodyweight of 8-12 kg. The males (boars) are larger than females (sows). Their short, powerful legs have five well-developed claws on each foot, which makes them exceptional diggers.  They can easily excavate extensive networks of tunnels and chambers, called setts, which they use for shelter and breeding. Badgers and their setts are protected by law throughout Ireland.

Badgers are very social animals and live, on average, in groups of six. They are shy, nocturnal creatures that cautiously emerge from their setts at dusk to feed and groom themselves. Their extremely well developed sense of smell is used to recognise one another, find food, travel around and detect signs of danger.

Although badgers eat worms, frogs, birds’ eggs, and small mammals and even carrion, they also forage for roots and berries. Because their diet it so varied, badgers do not need to travel great distances when out on their nocturnal feeding forays, and it is rare for them to go more than a few kilometres from their home.

From late October to late December, badgers sleep for an increasing amount of the time, but even then in mild weather they wake up and go out in search of food. They become very active from February onwards, and their young are born in spring. Usually only one female in a group will reproduce successfully. Generally, up to five cubs are born in January or February and are blind for about five weeks. They emerge above ground in April or May. By late summer the cubs are able to fend for themselves, but it is common for them to remain with the mother through their first winter. 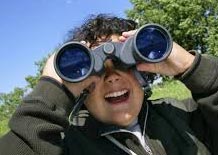