The Cave Hill dominates the skyline on the northern edge of Belfast. It stretches from Hazelwood in the north to Carr’s Glen in the south.

It rises almost 370m above sea level and offers superb panoramic views over Belfast and the surrounding areas. Cave Hill, also known as Ben Madigan, was probably named after a local chieftain who died in 855AD. In 1603, this land, along with all of Belfast, was granted by King James I to Arthur Chichester, later the first Earl of Donegall 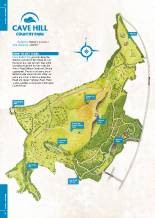 There are many signs of early settlers within the Cave Hill area, dating back to the Stone Age and Bronze Age as well as early Christian times. These include several raths or ringforts, the remains of a stone cashel and a crannog, or lake dwelling, now the flamingo pond at Belfast Zoo. 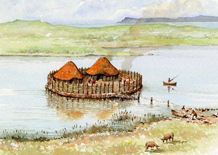 Little is known about this promontory fort. It is roughly circular, about 50m in diameter, and surrounded by an earth bank and ditch. Forts like this were usually built for defensive or ritualistic purposes during the Bronze or Iron Age times. It is also the location where members of the United Irishmen, including Wolfe Tone, looked down over the city in 1795 and made their famous pledge to fight for Irish independence. 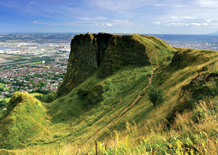 Close to the Hightown Road car park for Cave Hill Country Park you will find this amazing rath. It was originally believed to be an Early Christian stone fort or cashel. However recent excavations have raised the question of whether this dates back much further, to the Bronze Age or possibly even earlier.

There was once a mill, dam and water wheel located in Carr’s Glen Linear Park, in Oldpark townland. The mill was used for a variety of manufacturing processes to suit whatever business was booming in Belfast, i.e. print works, flour mill and finally as Glencar Beetling Mill. 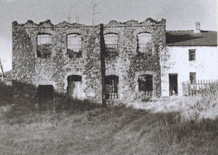