Ligoniel village lies on the north west periphery of Belfast, about 3 miles, as the crow flies, from the city centre. Its geological setting gives it the name Lag an Aoil, ‘hollow of the lime’, as it is snuggled into the limestone hollow of Wolf Hill.

The name Wolf Hill originated as the last wolf in Ireland is said to have been shot there by a farmer in 1692.The highway man of the hills was Neece O’Haughian. His farming family had been dispossessed of their land during the Plantation of Ulster. O’Haughian took revenge by becoming a highway man. He robbed the rich and offered to help the poor farmers. He hid out in the Belfast Hills until his capture in 1720.

The outlaw of the hills was hanged at the Gallows Green in Carrickfergus. His treasure is said to be buried in the Belfast Hills, five jumps to the east of a spot where you can see five castles, five loughs and five counties. 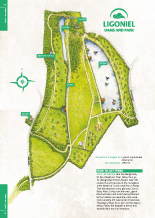 The slopes of Wolf Hill were the focus of the linen industry throughout the 19th century with a number of important works, such as the Mountain Spinning Mill and Emerson’s Spinning Mill, located along the Ligoniel and Crumlin Roads. The Ewart family owned the largest linen manufacturing company in the world by the late 19th century including Glenbank Bleachworks and Ewart’s Mill.

The concentration of linen manufacture in this area was largely due to the power and reliability of the flow of the Ligoniel River. Indeed, while many of the Belfast Spinning Mills were powered by steam by the mid-19th century, the Ballysillan and Ligoniel mills continued to use water power throughout the century and water turbines, rather than steam engines, were installed in Wolf Hill Mill. 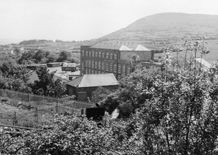 Back of Emersons mill with hills

Click here to watch documentary “Where the Hills meet the city” where residents, past and present, talk of their experiences of Ligoniel, the mill village on the outskirts of the city, the changes the area has seen and future plans.

The ruinous mill building at Wolf Hill may have its origins in the late 18th century and it later formed part of the large mill complex of Wolf Hill Spinning Company which was operational until the 1960s. Ligoniel was once a thriving industrial area, particularly important for linen manufacture, and this building, the remnants of the adjacent bleach green and the two mill ponds are the last survivors of the works at Wolf Hill. 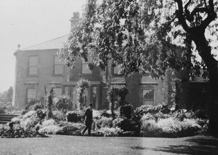 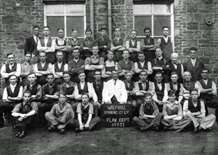