Industrialisation of Belfast, 1800s along the rivers

The Belfast Hills were once a playground for rich lords and linen barons with huge swathes of land, managed by gamekeepers, for their lord’s enjoyment and status.

The Hertford Estate, centred round the area known as Killultagh at Lisburn, was one of the three greatest estates in County Antrim; it would have ranged from Lisburn to Lough Neagh. In the 1700s, the Marquess of Hertford would have travelled up the Pond Park Road towards Aughrim and Slievenacloy, where he had a deer park and also trained his horses. Aughrim in fact means ‘ridge of the horse’. Squires Hill and the Old Park were early hunting grounds for Lord Donegall; the Donegall family at that time owned most of Belfast. However, as Belfast expanded and developed, these areas became settled, agricultural land. Lord Donegall moved his deer park to Cave Hill where eventually, in 1870, Belfast Castle was built. 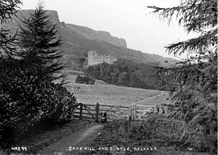 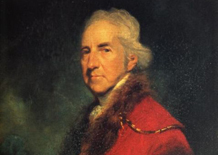 Keen to keep up with the lords were the emerging and newly rich linen barons. Powerful linen families arose such as the McCances, Hunters and Barbours. These linen lords built big houses close to their mills, e.g. Suffolk House and Colin House, and kept hunting grounds at the Black Mountain (Hunters) and Collin Mountain (Barbours).   Gamekeepers were gainfully employed at this time to manage these upland areas for hunting and shooting and to keep ‘the common folk’ away. We know there were still gamekeepers on the mountains right up until the 1930s. These large areas of land managed for game and the enjoyment of the rich lords have given us the unenclosed summits that we have today. 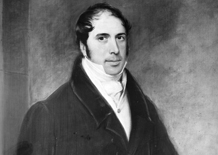 John McCance (1792 -1835) is the best known member of the McCance family. He inherited Colin Glen and Suffolk estate.